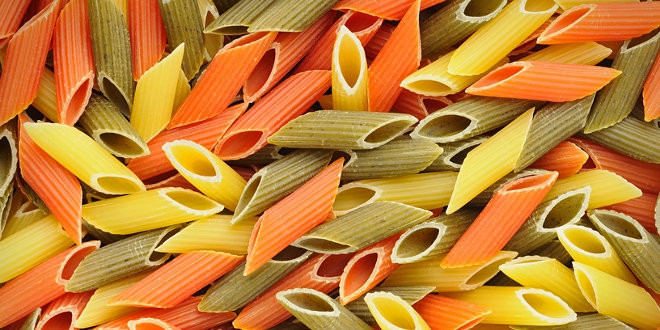 Fortunately, we stumbled upon a company that sells just that: Tolerant Foods. We have purchased the black bean rotini and the red lentil penne directly from their website. We liked the fact that they shipped both to Canada and the United States and the shipping was included in the price.

The package arrived promptly, after 3-4 days, but the boxes of pasta were damaged during the transport. You can imagine our disappointment when we opened the package and half of the loose pasta ended up on the floor! We contacted Stephan at Tolerant Foods to let him know what happened. He was very helpful and courteous, and immediately offered to send as another shipment free of charge. 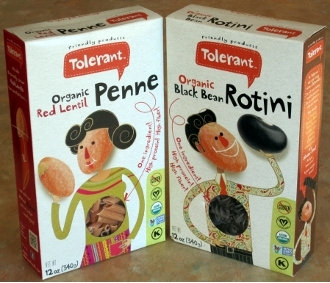 We received the replacement shipment in perfect condition a few days later, and with one extra box of pasta included. That’s what we call great service!

Tolerant Foods pasta is made with 100% organic, non-GMO legume flour which makes it the most rich-tasting line of gluten-free pastas available.

Legumes are an excellent source of protein, fibre, B-complex vitamins, iron, potassium and very low in fat. They are a dry fruit and come in various forms, such as beans, lentils, peas and garbanzos.

We have cooked the pasta six minutes to obtain an “al dente” consistency.

It cooks like regular pasta and has better flavor than most pastas made with corn or other grains. The pasta holds up well and does not get mushy.

The black bean pasta has a robust taste to it and it is as if you are actually eating black beans.  It is best paired with a light sauce, such as “aglio, olio e pepperoncino” (garlic, extra virgin olive oil and red pepper flakes).

The red lentil penne has a milder taste to it and we have decided to flavor it with a “Caprese sauce”, which consists of raw tomatoes, mozzarella and basil.

Here is our recipe for the “Caprese sauce”.  We hope you like it!

Posted by Buzz2, one of our dedicated staff members!
Previous A kilowatt is a 1,000 what?
Next What Are Legumes?

What is Kamut? Contrary to popular belief, Kamut® is not the name of a grain …